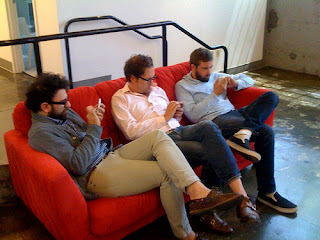 It’s the dawning of a new era and I have succumbed.  Succumbed to the power, magnetism and the inevitable ball and chain of a smart phone.  For I am now connected, always, and surely smarter, wiser, busier and more successful because of it.
I’ve never been technologically progressive and am usually a late bloomer when it comes to related issues.  That’s especially true since there are no fifth graders around to program the DVR or TIVO and/or generally "hook me up".  I never really felt it was necessary, and besides, what could possibly be so important, so urgent that it could not wait until I got to a computer?
I remember when call waiting first came out.  How rude!  How could someone with any sort of couth have the nerve to put you on hold when you’re talking to them, right? Here you are in the midst of a conversation and the person you are talking with puts you on hold to answer another call.  They might have well just said, “Your call isn’t important nor a priority; another call is coming in that is more important/exciting/interesting than yours”.  I recall just hanging up on more than one occasion.  Then cell phones came out.  I couldn’t imagine what could be so urgent that one had to make calls while standing in a grocery line or walking to a meeting.
What is it with these people?
Of course, I saw the light of day and became a cell phone carrying member of society in 2004.  Told you I was a late bloomer.  It was nothing fancy, mind you.  Just a phone that just made and received calls.  It gave me immediate importance.  I could talk to whom I wanted anytime, anywhere.  Ah, such power.  Anyway, I quickly learned they are essential devices and felt much more productive.
Then came the smart phone.  The same pre-conceived notions I tend to have with any technological advance cluttered my thoughts.  What could be so important, so urgent, so pressing that one had to be mesmerized by the screen on their smarty-pants phones?
What is with these people? They’d be texting and reading and watching and listening to all kinds of technologic stimuli everywhere - in the grocery line, on the highway, at a banquet, in the temple, on the tread mill, at the urinal.  I supposed they’d even sleep with them.  Many people are so glued to those little smart phone screens, they are down right rude.  They’d bump into you walking, be short with you or flat out ignore you.  Seriously?
What is it with these people?
Get a life. Why get lured into the trap of smart phone and into a place where you can’t get away, ever? You’re connected all the time.  That’s like working 24-7. What is it with these people?
Well, the reality is, in real estate, we do work 24-7 and our clients expect us to.  We’ve got to be smart and any agent worth more than a hill of beans couldn’t survive without one.  According to NAR, well over 75% of real estate agents are now using a smart phone.
And, so, I am connected.  I am now one of “those people” that was so annoying in the past.  I learned to embrace technology with full gusto.  And, I’m smarter for it, too.  There are some things I’m not interested in advancing, though.  I don’t do Twitter, so don’t expect me follow you; I'm not interested in your tweet.
Not only am I connected and can tell you anything you want to know about the home we’re parked in front of (that didn’t come up on the search because it didn’t match your requirements) because I have access to the MLS, the news, the maps and the apps.  My phone dings, rings, chimes and buzzes all the time. Don't dare try the vibrate mode unless you're behind close doors.
My smart phone makes me smarter and busier.  And, I’ve learned a thing or two by owning one.  Like what is so occupying to smart phone owners.

Like those billboards we’d see in the ‘80’s with bold letters, “I FOUND IT” on them, I too, have found the answer to “What is it with these people?”  I know what they are so intently concentrating on.
Words with Friends. 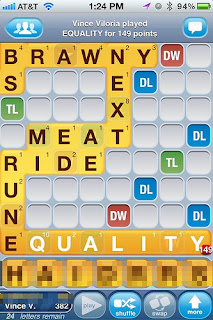 Phoenix Historic Homes Could Get Help 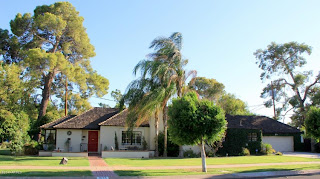 Do you own a Phoenix area historic home?  Great news for those that do that want to renovate, refurbish, repair and or stabilize the exteriors!  Grant money is being offered to help fund the work!

An exciting opportunity for homeowners of Phoenix area historic homes.   A 50/50 grant may be just the answer - Learn how the Exterior Rehabilitation Assistance Program can be put to work!

Accolades Go Out to Scottsdale 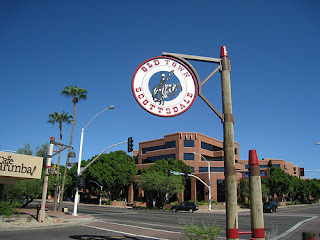 Scottsdale once again gets top votes in a national survey. Based on a number of factors like recreation, jobs, education and other quality of life factors, Business Week names Scottsdale as one of the best cities in the United States. Check out the full report at Businessweek.com names Scottsdale 4th-best U.S. city

Photo from Flickr courtesy of Dru Bloomfield - At Home in Scottsdale
Posted by Phoenix Area Homes - Tom Weiskopf, PLLC at 12:50 PM No comments: 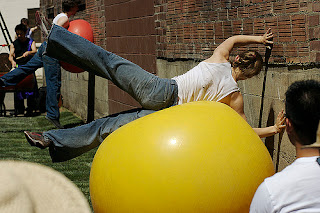 If you were waiting for the Phoenix area housing market to hit bottom, the latest indicators suggest your wait may be over. And, speaking from the comments I've been getting at open houses the last week or so, it appears as if changing the page on the calendar has been enough to re-ignite the the fire underneath some buyers. People are out there looking with check books in hand. Offers are being written and sellers are moving on.

Check out the details in this article:
Phoenix-area housing may be on the mend 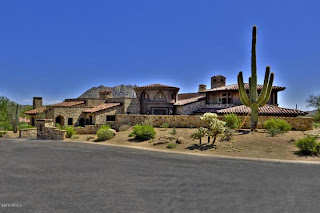 Wonder if the Cauffman’s exchanged gifts this year.  If so, it wouldn’t surprise me  if a shiny new sportscar with a bow was hiding in their new 12 car garage.  Robert and Rosalind Cauffman picked up December’s priciest home for a cool $5,000,000.  One heck of a discount off the original listing price of $9,950,000.
Here’s a home that looks like it’s straight from the old country.  Could have been used in a scene of a Harry Potter movie, if you ask me.  Tons of rock, wood, iron and heavy details everywhere.  And space that goes on and on. 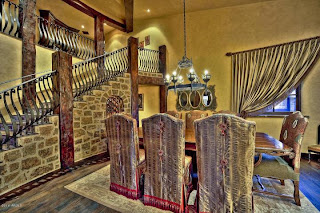 The Cauffman’s new digs is at 10199 E. Cavedale Drive and sits on just over an acre in tawny Estancia of North Scottsdale.  Built in 2008, the mansion boasts nearly 13,000 square feet and has nearly ever bell and whistle you can dream of. 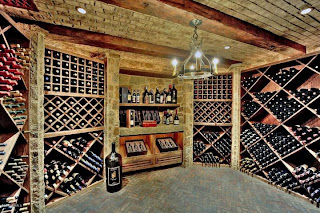 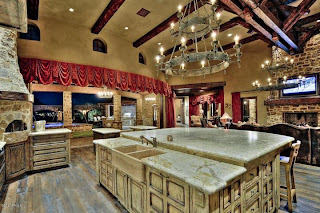 5 bedrooms, 11 baths, fully automated art and electronics controls with programming for 25+ TV’s.  Bars, fireplaces and party spaces galore.  And a true man cave: The garage is two levels with room for 4 cars on the ground and another 8 stalls recessed below and accessible by a two car elevator. 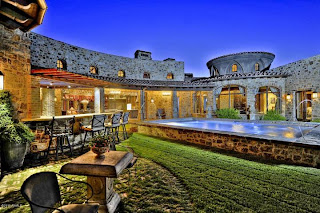 Once again, cash is king and gets a seller’s attention.  Closing at just over $385 a square foot, this home sold for well under the trending of recent months.
Here’s the details:

Seller Incentives May Just Get the Job Done 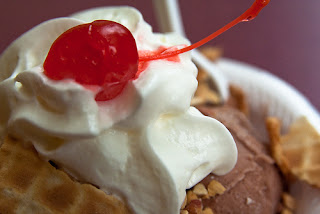 Sellers providing an incentive to a buyer just may be the proverbial cherry on top of the sundae according to some.  Frustrated with the looky loo’s traipsing through your family room at dinner time without making an offer?  Some buyers may need an extra nudge to get them to buy.
Getting a potential buyer to pull the trigger can be through various incentives and some sellers are smart enough to understand this strategy.  We’ve long seen sellers offering a home warranty protection plan to the buyer, but we are also seeing incentives taking on a more creative flair.
Customized incentives seem to be catching on according to an article in Realtor Magazine, and they’re getting results.  How about a (sizable) gift card to the local Home Depot so the buyer can redo the counter tops or get a new vanity for the powder room?  Maybe it’s a credit at the local garden shop/nursery to update the landscaping.  How about a credit towards closing costs?  Other ideas include a year’s worth of HOA dues paid by the seller or the pool service pre-paid for a year.  Find out which seller incentives are tempting buyers here.
If you’re thinking about selling, have staged the home to its best potential and still need to stand out from the crowd, considering an incentive to the buyer and promote it prominently!
As an agent myself, I'd love to know some of your ideas for incentives - let me know what's worked for you as a seller, or what you'd be attracted to if you were the buyer.  Post your comments and let's see those ideas!
Giving the buyer an incentive may just may be your ticket to the sold sign rider out front!
Photo from Flickr courtesy of stevendepolo.
Posted by Phoenix Area Homes - Tom Weiskopf, PLLC at 12:51 PM 1 comment: 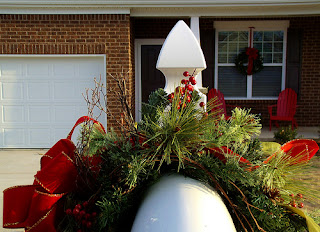 There's no place like home for the holidays and here's the December, 2011 Market Watch from the market gurus at Coldwell Banker Residential Brokerage.  A new consumer survey from Coldwell Banker Real Estate confirmed that the majority of Americans wouldn't have it any other way. Approximately four in 10 respondents (39%) say their holiday get‐togethers include 15 or more family members and friends, and more than half (54%) say they stay overnight with their families so they can all be in one household during the holidays.

Additionally, the survey of nearly 1,000 people found:
We all have a favorite memory or tradition that involves the holidays and being home with friends and family. We cook and share food, host parties and bring everyone together in our homes. At Coldwell Banker, we recognize that a home is more than just a place to live. This is true more than ever around the holidays.
Holiday events, memories and traditions underscore the emotional side of owning a home in a fun way, highlighting the role of family and their homes as central holiday headquarters. Watch this man-on-the-street video created by Coldwell Banker that showcases just how intertwined home and family are for some.

Here's the latest market trends for select ares. If you'd like trends for an area not listed, let me know and I'll get that to you.

Phoenix Area Homes - Tom Weiskopf, PLLC
Tom turn his passion for homes into his profession with unprecedented service. Serving the Phoenix, Scottsdale, Cave Creek, Carefree, Paradise Valley and East Valley communities. Tom Weiskopf PLLC is an Arizona real estate licensee working out of the North Scottsdale office of Coldwell Banker Residential Brokerage. Visit me on the web by Clicking Here for more information. Contact me by calling (480) 951-1010 or via e-mail at phxareahomes@gmail.com.